In 2013, the NRDC installed a ReWater irrigation system in their Santa Monica HQ to replace
the one-of-a-kind toilet flushing system they had installed in 2003, which was costing them a
fortune to operate. Their ReWater system irrigates potted plants on the roof and landscaping
around the perimeter of the building.

This multisource “super green” system draws from three different water sources. First, it uses greywater from sinks and showers, starting and stopping as graywater is produced through out the day. Second, it has two large underground reservoirs that capture and store rainwater to back up any deficit of greywater on the irrigation program. Finally, if there wasn’t enough graywater that day and the rain tanks are empty, the system uses potable water to complete the irrigation program. It’s as green as it gets, and it’s worth 12 points in the US Green Building Council’s LEED program. 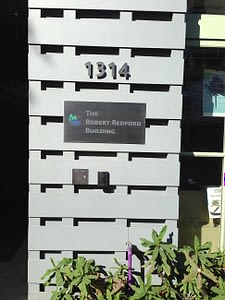